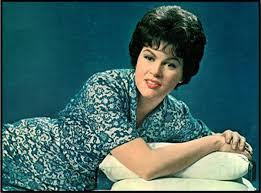 A couple of Americana acts today paying homage to the late great Patsy Cline.
First up are Canadian band The Guthries with Patsy Cline from their 2000 album Off Windmill. I thought that I may have previously posted this one before but apparently not.
I know I haven't posted the Golden Age of Radio by Josh Ritter (from which the above quote is taken) before as it only came to my attention when I featured another of his songs namechecking Townes Van Zandt
And finally the First Lady of Country herself Virginia Patterson Hensley.from 1961 two years before her untimely death in a plane crash at the age of 30.