I Am a Charlatan 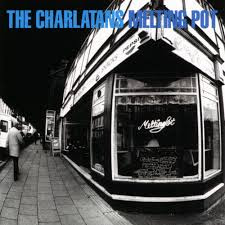 The Charlatans are yet another band which has pretty much passed my by over the years when I was pretty much totally emmersed in Americana.
Now I know that some of  my esteemed colleagues including Swiss Adam and The Robster are huge fans so
I thought I would splash out 49p for the Melting Pot compilation to see what all the fuss is about.
A Greatest Hits from their time on Beggars Banquet from 1990 to 1997.
I've gone for The Only One I Know their second single and first top 10 hit from their first album Some Friendly  and voted by The Jam Community as their best song.
my second choice is Just When You'e Thinkin' Things Over a 1995 single from their self titled 4th album peaking at number 12 in the singles charts.

My verdict? Not bad at all but a wee bit more on the dancier side of Madchester that I thought they would be.

The Charlatans - The Only One I Know

The Charlatans - Just When You're Thinkin' Things Over
Posted by Charity Chic at 08:00