Kent Compilations - The Soul of Money 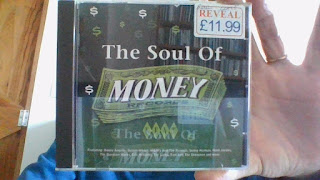 A guest contribution from George

Anyway, the Money record label was based in Los Angeles. The tracks are mostly upbeat, none of that grief-laden, despair-filled, heartfelt-pleading you get in southern soul. I was going to say that most of the artistes are not very well known. But I think one or two of you might have heard of Bettye  Swann, and more will know of Ted Hawkins. So you’re not getting those tracks.

Gwen Stewart - You Took Me For a Fool

Moon and Mars & the Soul Producers - I'll Go Back

If you look at that photo I took you can see in the reflection part of the cd case my partner made.

After playing The Soul Of Money I then put The Primevals’ Eternal Hot Fire album on the turntable and blasted it out at an anti-social volume.

Thanks for that George.

I didn't have that one on the shelves.

I visited Reveal Records a couple of times but never splashed out £200.

If anyone else out there has a Kent Compilation that they want to get off their chest you know what to do. 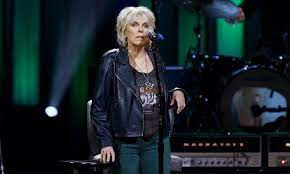 Lucinda Williams celebrated her 70th birthday on Thursday. On  Monday we went to see her at Celtic Connections. I was a bit ambivalent about getting tickets at first as I've seen her three or four times before but Mrs CC persuaded me. Boy, I'm glad she did. She was absolutely fantastic and this was far and away the best concert of hers I've seen.

I think that I had read somewhere about her having a stroke in November 2020 but it had slipped my mind and I was therefore surprised to see her slowly shuffling onto the stage with assistance. The stroke has meant that she currently can't play guitar but thankfully it has not affected her voice or her spirit. She seems to have become more mellow and more chatty in her old age and seemed genuinely thrilled and in her words blessed to be on stage and performing.

She was accompanied by her regular backing band Buick 6 bolstered by Doug Pettibone on guitar and pedal steel and sang a range of songs stretching as far back as 1998's Car Wheels on a Gravel Road. Setlist attached

Given her mobility issues I wasn't expecting an encore but she was determined to come back out. During her version of Neil Young's Rockin' in the Free World she even went walkabout causing her minder some consternation.

In the introductions to her songs she highlighted that she often writes songs about the deaths of friends something which she finds cathartic and helps her to cope with their loss.Here are the back stories to the three songs featured below - Pineola , Lake Charles and West Memphis

A terrific concert. It will take something very special to knock this off the spot of my best concert of 2023. The bar has been set pretty high.

The Revolution Starts at Closing Time 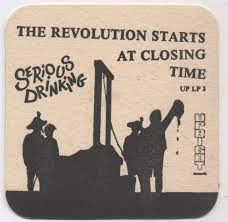 My new Revolutionary Friday series appears to have caught the public's imagination. I have already received a guest post which will feature next week.
Last week I said that there wouldn't always be a Mandatory Reggae contribution. Ernie obviously thought otherwise and he has provided me with enough material to keep things ticking on for a while.
I've also decided to change the title to reflect the songs with the proviso that the word Revolution also appears. Blimey, this is getting as complex as one of SWC's series
I think it is fair to say that Britain is far less likely to have a revolution than anywhere else such as France or Russia for example. Were we to have one it would almost certainly have to wait until the pubs shut as Serious Drinking suggested with this song from 1983,
I suspect that the Waco Brothers would be up for a revolution albeit Jon Langford is getting on a bit. He could always be the Revolution Artist sending pictures from the front line.
The Mandatory Reggae version this week is one of mine as opposed to one of  Ernie's. Here the late great Toots Hibbert and his Maytals opt for a more laid back approach.
Did I say there was a guest post scheduled for next week?
Serious Drinking - The Revolution Starts at Closing Time
Waco Brothers -Revolution Blues
Toots & the Maytals - Revolution
Posted by Charity Chic at 08:00 5 comments: 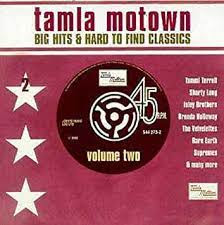 Not content with my current Kent Soul Sunday series this week I am throwing in a bit of Tamla Motown Thursday. You can't have too much of a good thing.

It seems that their Big Hits & Hard to Find Classics series, which does what it says on the tin has four volumes. One and four were already on the shelves so after picking this one up in Missing only number three requires to be hunted down. The series was from 2000 or thereabouts with the CDs appearing on the Spectrum label

Here is a entry from Discogs which gives details of the tracklist. There are a couple of leftfield ones towards the end. I had absolutely no idea that Charlene and R Dean Taylor were on Motown. I shall spare you them for now

Amazingly The Velvelettes failed to chart with any of their original releases or subsequent reissues of their three featured songs.

Shorty Long is perhaps better known for Here Comes the Judge but Function at the Junction is pretty funky. Sadly he died in a drowning accident in 1969.

Finally let's have something by Brenda Holloway. It seems that she may be  still recording and touring having become one of the most popular acts on the Northern Soul scene.

The Velvelettes - He Was Really Saying Something

Shorty Long -Function at the Junction

While You Weren't Looking 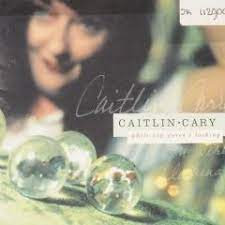 Missing Records is clearly the place to go in Glasgow if you are looking for Caitlin Cary records. Last time I visited I came away with her 2000 EP Waltzie. This time round it was While You Weren't Looking her 2002 debut album also on the Yep Roc label

Caitlin Cary’s debut solo album While You Weren’t Looking showcases her depth as a songwriter and her talent as a vocalist that goes beyond the material that many have come to know her for. Produced by Chris Stamey and co-written by Cary and Mike Daly, the record showcases Cary’s powerful, soothing vocals and features her performance on violin, creating a wistful and intimate acoustic feel.

There is nothing much to add really.It is a pleasant slice of Americana

In addition to ex Whiskeytown member Mike Daly the band consists of Skillet Gilmore another ex Whiskeytowner and Caitlin's husband on drums, Mike Santoro on bass and ex Jayhawk Jen Gundrman on assorted keyboards. Ryan Adams doesn't make an appearance but is a co-writer on a couple of the songs 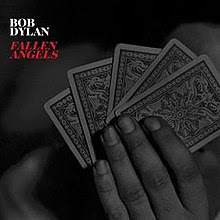 Last week I popped into town to pick up a pair of headphones from Richer Sounds. I thought that it would be foolhardy in the extreme  not to also visit Missing Records given that it is just round the corner.

I came away with three CDs from their 3 for £5 section. I am always on the look out for cheap Bob Dylan studio albums to fill in the gaps in my collection of which there are still a reasonable number. Therefore it was a bit of a no brainer to pick up Fallen Angels his 37th such album released in 2016 and as always on the Columbia label.

What I didn't twig at the time was that it was the middle one in his trilogy of easy listening pop standards alongside Shadows in the Night and Triplicate.

It is a wee bit different to what I was expecting. Indeed in parts it doesn't sound like his Bobness at all. It was, however, a pleasant background accompaniment to Sunday breakfast.

Bob Dylan - On a Little Street in Singapore

Bob Dylan - It Had to Be You 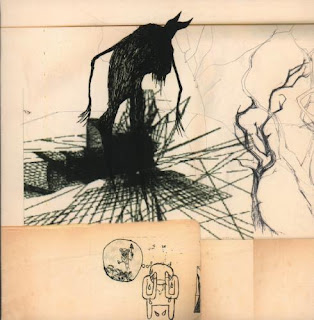 On Saturday I teased you that you were in for a surprise today. Let me explain further. The McAlmont CD single Saturday! came in a small polythene pouch. When I got home and opened it I found that it also contained a promotional copy of Amnesiac the 5th album by Radiohead from 2001 on the Parlaphone label.

I suppose it should read 2023 Charity Shop Purchases #4.5 but that would bugger up my spreadsheet

Confession time. I just don't get Radiohead. I am probably on record somewhere on these pages with that statement. I have nothing by them and they have never appeared here before other than a guest posting by George  As I said in the comments on that post I downloaded the ICA  from  Martin over at JC's place to see if that would chance my mind. No was the answer, they still did absolutely nothing for me. Sorry Martin!

I've played Amnesiac and it is totally inoffensive and to me totally bland. I'm sure that it is technically competent with excellent musicianship  and I see that critically it was pretty well received so I am happy to acknowledge that I may well be in the minority.It makes sense therefore that I feature I  Might be Wrong and You and Whose Army?

I look forward to the comments with interest!

Radiohead - You and Whose Army?