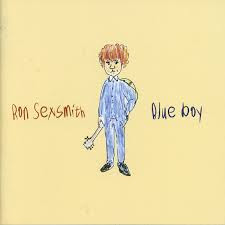 Although the name Ron Sexsmith was familiar to me and I had the occasional track downloaded or on a compilation here and there  it was not until 2011 and his 11th album Long Player Late Bloomer that I finally got round to acquiring one of his albums swiftly following it up with 2013's Forever Endeavour.

A positive side to this late blooming on my part was that you could pick up albums from his back catalogue pretty cheaply - £3 in the case of Blue Boy.
From 2001 it is his 5th album and is on  Cooking Vinyl with production by Steve Earle and Ray Kennedy aka Twangtrust.
Lovely stuff

Ron Sexsmith - Keep It In Mind
Posted by Charity Chic at 08:00