Three For A Pound 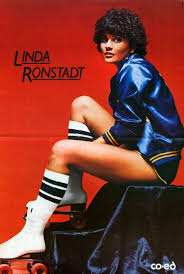 Glaswegians of a certain vintage will remember street vendors selling - white sports socks, three for a pound.
I'm sure this happened in other towns and cities as well.
A recent visit to the BRICC thriftshop in Ballantrae saw three CDs for a pound.
There were hundreds but you've no idea how hard it was to choose three.
The first one was a bit of a no brainer - Winter Lights by Linda Rondstadt - seen modelling white sports socks above.
An album primarily of covers I've gone for the only Spanish song on the album Adonde Voy by Tish Hinojosa.
Then it got tricky. Mrs CC pitched in with The Number One Classical Album 2004.
After an eternity I finally selected The Fat Man Sings by Fats Domino.
A result or so I thought until we put it on in the car and We Will Rock You by Queen blasted out as the disc in the box alas was not Fats but The Best Rock Album in the World ..... ever! disc 1

I think a refund is in order!