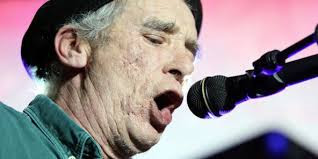 Here is the Bard of Dundee the late great Michael Marra to kick off your week with a couple of tracks from his album Posted Sober.
Musician, poet, Dundee United fan and all round good bloke Michael Marra died of throat cancer in October 2012 at the age of 60.
On his death his family asked that donations be given to the Big Noise Sistema Scotland project  looking to develop children's orchestras in Scotland based on the successful model in Venezulea.
Feel free to throw a couple of coppers in their general direction.
Before we get to the two tracks an interesting duo you may not have heard.
First up and indeed a first for CCM is Mr Leo Sayer with his version of Hamish the Goalie a song about the legendary Dundee United goalkeeper Hamish McAlpine