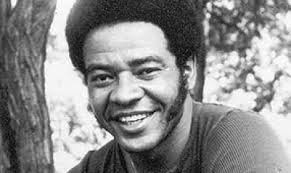 George's recent banging on about I Can't Write Left Handed had me reaching for the shelves for a record library sale purchase The Best of Bill Withers - Lovely Day.
Now Lovely Day is a god awful song and one that the skip track function on a CD player was surely invented for .
There are also another two or three on the album which are best avoided some of which get decidely twiddly in places.
It is a curious mixture in that there are also some pretty good ones in there also but obviously none in the same league as I Can't Write Left Handed which I have previously featured.
These two are quite tasty.
Like Jez I will avoid the joke about the duck and the microwave.