The Best Rock Album In The World ... Ever! 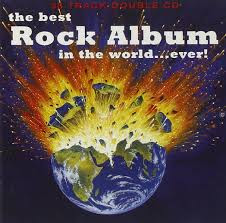 As I mentioned in last Tuesday's post I recently acquired disc 1 of The Best Rock Album in the World ... ever! under false pretenses.
I haven't had the courage yet to play it in it's entirety.
However a quick glance at the track listing - (via the internet as the box features the likes of Ain't That a Shame and Blueberry Hill) shows that a couple of the tracks actually past muster.

If it's on the shelves (even temporarily)  it's going on!

The Who -Won't Get Fooled Again
Posted by Charity Chic at 08:00