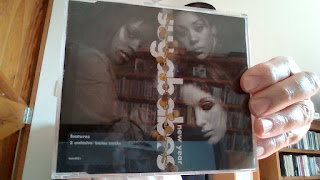 Back again. I got fed up listening to someone else’s crap albums, so I listened to my own for a few weeks. I almost gave up on the series, but I did not want to let my fans down. So I’m back! Which reads rather strangely as the previous instalment in the series appeared here last week (three weeks ago - Ed)

First out is a cd single by The Sugababes. I was hoping for something up-beat and catchy. I got 4 dreary ballads. I’m not polluting the pages with any of them, I value my friendship with Charity Chic too much for that. I’m actually disappointed with the cd, I really thought there’d be a good pop song on it. It was the first time I had knowingly listened to the Sugababes I think. 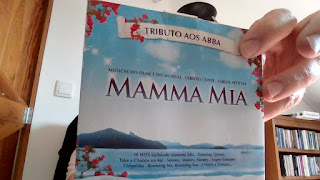 Next out was a sleeve only, and I really was thankful for that, as it’s a tribute to Abba, with cover versions from that film Mamma Mia.

Then I found the cd…………..I play the first two tracks then decided life is too short to play any more. So after two truly terrible choices I pull out this: 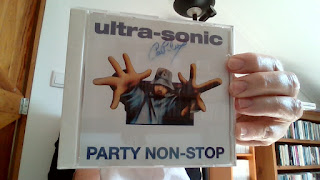 Now, dear reader, I was not hopeful. I steer clear from people wearing hats and thrusting their arms out, fingers splayed, and I’m tempted to do so with an album that not only has a photo of such a person but is also un-promisingly titled Party Non-Stop. The first song is annoyingly high-tempo techno-dance nonsense, the second song is bizarrely similar, and after those two I’d had enough.

I realise I am failing you all (failing you both??) by my negativity (it won’t even pull me through), and it’s going to get worse, I am now going ignore the original premise of unseeingly picking out two cds and will pick out a handful of cds at a time in the vain hope I can find something worth posting……….

Jesus wept, look at the next one. 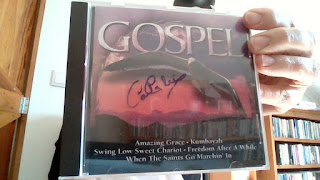 Is there such a word as unseeingly?

And finally, some music. About time too. Deliberately chosen so that I could post a track. And man alive, blasting through the B&Ws this is a welcome and splendid relief. From a cd single

Lenny Kravitz - always on the run

From the cd single Always 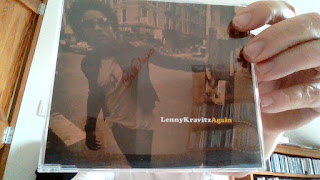 Another one next week

Readers I'm not sure that his heart is still in this. But like the trooper he is he is soldiering on.

I think that we have probably had worse than the Sugarbabes.