I am Brian Jackson 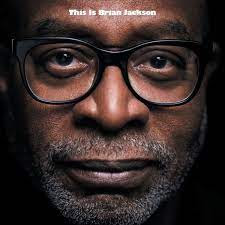 If the name Brian Jackson rings a bell chances are it is because of his collaborations with Gil Scott- Heron in the 70's as a writing partner, keyboard player and musical director on songs such as The Bottle

The relationship sadly deteriorated with arguements over royalties and publishing rights coupled with Scott- Heron's addiction issues.They did eventually reconcile but the trust was gone.

During the 70s and 80s he worked with the likes of Earth Wind& Fire, Stevie Wonder and Gwen Guthrie. Earlier this year he released This is Brian Jackson his first sole album in over 20 years to positive revues

Exy - his music is timeless,a musical montage reflecting his multi-disciplinary immersion in jazz,funk, soul and hip-hop, without sacrificing the focus, generosity,inspiration, and openness that have been at the very heart of his music all along

Pitchfork (7.5/10) - Jackson may be speaking in broad generalities rather than directly engaging in specific modern political and social movements, but the nostalgic sound and undimmed energy evokes the activism of his youth: The heart of a radical still beats inside his chest.

This Is Brian Jackson is a salient reminder that great artists, no matter where they are on their journey, can rediscover themselves.