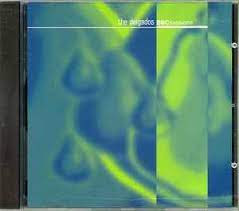 I was pleasantly surprised to see a copy of The Delgados BBC Sessions in the Wigtown Emporium and needless to say I quickly pounced.

It was released on the Strange Fruit label in 1997 at which time only the bands debut album Domestiques had been released.Five of the fourteen songs from the album feature.

Therefore it appears only fair that we concentrate on the other three sessions with one song from each.

I think that may be the first time in over a year that I have used bullet points. The joys of retirement!
I have my ticket for their "comeback concert" at the Barrowlands in January next year and am really looking forward to it. I've only ever seen them live once before at the Garage in 2005 which I think may well have been the last time that they played in Glasgow.
The Delgados - Lazerwalker
The Delgados - Thirteen Gliding Principles (Live)
The Delgados - Tempered; Not Tamed (Acoustic)