Albums on both CD and Vinyl - In Awe of Nothing 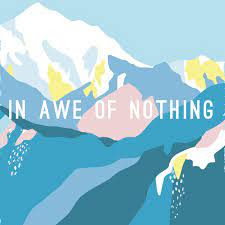 Mt. Doubt were an Edinburgh band led by Leo Bargery who were formed in 2015. I say were as Leo has recently announced that the band have reached the end of their journey and that he will be pursuing new projects.

I first saw them at event put on by Last Night from Glasgow at Kelvingrove Bandstand in July 2018. I was suitably impressed and came away with a  CD copy of  In Awe of Nothing  released by the Scottish Fiction label in 2016 and a couple of their singles.

I kept an eye on their career picking up a digital copy of the EP This Must Mean Something Awful. Scottish Fiction was alway a part time project by Neil Wilson  and due to other commitments is now releasing far fewer records that it used to.

LNFG stepped into the gap, in an amicable way, and released the band's second album Doubtlands in 2020.  Then in 2021 Scottish Fiction announced a 5th anniversary vinyl cope of In Awe of Nothing and naturally I swooped 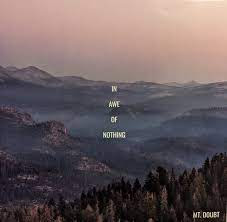 I saw an abridged version of the band supporting Constant Follower earlier this year and they were excellent. I shall be keeping an eye out for Leo's future career.