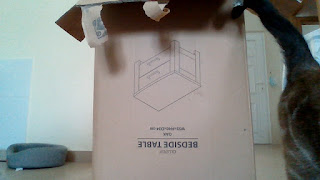 I was hoping this would be an original idea for the pages of Charity Chic Music, but I was reminded that he had done something similar himself, a while ago, and called it val's vinyl. It was not that long ago either! And some damned fine tunes it resulted in too. But Charity Chic has nevertheless given the go-ahead for this version.

My friend Carmen said she had just sold a house (she is an estate agent) and that the owner had left behind, amongst other things, a DVD player and some cds. So I very kindly relieved her of the cds. (She gave us a bike a few days later, but this was her own, taking our tally to 5 bikes). Now, I have no idea, at the time of writing, what these cds are, so my idea is for us all to explore this collection together at the same time. Sort of. I will  take out  two or three cds from the box you can see above, pick a song from each, and write something positive about either the album or the song.   Even if it’s that band from Ireland.There’s just far too much negativity and sarcastic comments made about music isn’t there?

And this is completely coincidental to what I just said, but the first cd is by a band from Ireland, and a group whose music I am unfamiliar with (much to my partner’s disbelief), namely The Cranberries. It’s a cd single, called You and Me, with 4 tracks: You and Me, Dreams, Woman Without Pride, and I Can’t Be With You. 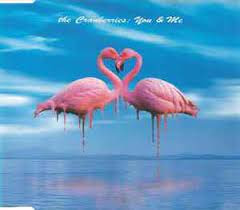 All the songs are performed perfectly adequately, the production is good, but the first two are just a bit too bland. And the last track, having the most memorable tune, and a video that has a beardy man dressed in black, and sporting two red wings, is the song I like most of the four:

The next cd is an album that  bears the title “Gospel; the cover does suggest an album of gospel songs, so that’s quite promising. 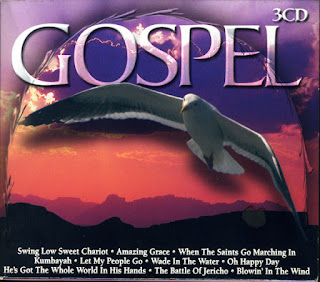 Possibly a collection of songs by a plethora of well known gospel artistes, The Swan Silvertones amongst them perhaps. Closer inspection reveals a list of songs, no artistes, and the first one is Oh Happy Days, so my heart is sinking fast. Is it some sort of MFP or Top Of The Pops-style album of gospel songs? Well, inside it says that “all songs are performed by The 103rd Street Gospel Choir”.  After the seemingly obligatory Oh Happy Days things don’t improve, and I feared that all the tracks would be like the one below

103rd Street Gospel Choir - This May Be the Last Time

The worst of gospel, up-beat, happy-clappy, endlessly histrionic vocal, music far too prominent in the mix.

Here’s how you do that song::

But track 4 is much better, slow, heartfelt, no hysteria:

103rd Street Gospel Choir - In the Hands of the Lord

Sadly, the rest of the album reverts to the worst of modern gospel. The album is available here  for less than €3. I only have CD2. It is possible that the others are still in the box. I really hope not.

So, a cd single and an album. More next week………..possibly

From Val's Vinyl to Carmen's Classics! Another veritable curate's egg. There are a couple of Cranberries on the shelves and they have featured here before.but not with these songs