Keeping Up With the Joneses - Tom 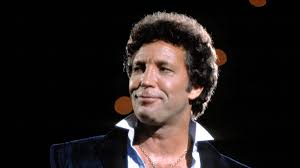 The second last individual Jones before we continue with multiple Jones and who better to feature than a knight of the realm. Steady ladies - it is the one and only Sir Tom Jones

From 1999 on the Gut label the album Reload has somehow found its way onto the shelves. It is the one where he does duets with various artists . Just be grateful that I haven't decided to include Simply Red, Robbie Williams or the Stereophonics. There are some depths to which even I will not stoop.Remarkably it was the highest selling album of his long and illustrious career.

The first two sons below are taken from this album  with the third song Evil, a Howling Wolf song, being a collaboration with Jack White from 2012 as part of a Blues Series on Third Man Records

I thought that I had a copy of his version of Delilah but no. The only versions I have are by Jon Langford & Sally Timms with the Pine Valley Cosmonauts and by The Sensational Alex Harvey Band. That's a post for another day.

Tom Jones(ft the Cardigans - Burning Down the House)