Keeping Up With the Joneses - Norah 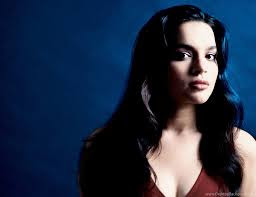 The one you've all been waiting for - well maybe some of you!

In the early 00's on one of my trips to Austin for SXSW my friend Tom Hamilton went to Waterloo Records for an in-store to hear a relatively unknown artist Norah Jones. Within a year or so following the release of Come Away With Me she was absolutely huge.

Perhaps she had a head start over a number of other wanabees given that her father is the well known musician and frient of the Beatles Ravi Shankar.

Her music is a mellow bland of country, soul, folk and jazz. It must be said that Mrs CC is much more of a fan than me. However, there is no denying that she has a good voice and I do like her interpretation of Hank Williams Cold, Cold Heart.

Following Come Away With Me she has released a further seven solo albums and a number of collaborations.along with a number of cameo appearances in films.

Another Jones , who may divide opinion, next week

Norah Jones - Come Away With Me