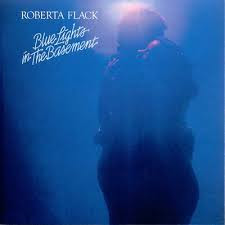 As we rapidly approach the end of Val's Vinyl it is time to feature the last of the late 70's Soul albums.

From 1977 and on the Atlantic label Blue Lights in the Basement is the 6th studio album by Roberta Flack.

On the first play I was a bit unsure of it as it of it's time and pretty much soul lite with touches of jazz on occassions. After a second listen I'm gradually coming round to it and it may very well be a keeper. There is no denying that she has a great voice and that her duets with the late great Donnie Hathaway are much,much better than her later ones with Peabo Bryson

After You is one of her favourite recordings and you are getting the solo version as oppsosed to the one with Peabo.

The penultimate Val's Vinyl next week😞

Roberta Flack & Donnie Hathaway -The Closer I Get to You

Roberta Flack - After You