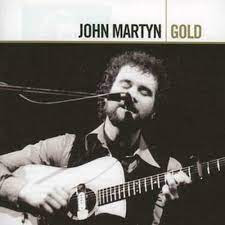 Stop! Come back! It's not the Spandau Ballet song but an Anthology by the late great John Martyn called Gold which was given an airing on Easter Sunday chez CCM

Given the religious connotations it seems appropriate that John the Baptist is one of the songs that I've opted to share with you today. It also had me muttering  1,2,3,4 John the Baptist knows the score

One World is not religious, as far as I am aware, but seems to be advocating peace and harmony so it too gets the nod.

Finally The Wizard of Oz is always likely to be on a telly channel somewhere over the holiday weekend so here is John's version of Over the Rainbow. I once heard this version being played at a funeral which was rather moving.

Half Man Half Biscuit - God Gave Us Life

John Martyn - Over the Rainbow