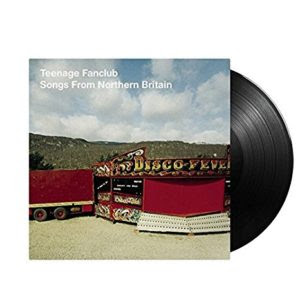 Last week Grand Prix, this week my favourite Teenage Fanclub record 1997's Songs From Northern Britain.
If you can remember as far back as last week you will recall that I bought both of these albums towards the end of last year for the first time wever on vinly as part of the super deluxe edition re-issues which all came with a bonus single.
I'm focussing on the singles.
The single which accompanies the album has a red centre this time round as opposed to the green of Grand Prix
Middle of the Road is the b-side of I Don't Want to Control You and is appearing on vinyl for the first time.
Broken is a b-side from Ain't That Enough and again is making its debut on vinyl. I picked up the CD single version along with Start  Again as part of a pretty impressive haul in Muir of Ord.
Teenage Fanclub - Middle of the Road
Teenage Fanclub - Broken
Posted by Charity Chic at 08:00