Where The Killers Run 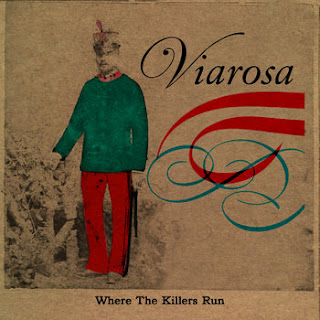 I have a copy of this album from a friend and last week I listened to it for the first time in years. I couldn't find much in the way of information about them probably because I thought the band name was Via Rosa as opposed to Viarosa Searching using their proper name didn't yield that  much more information

Discogs reveals that Where the Killers Run was their first album from 2005 on the Pronia label followed up in 2008 by Send for the Sea. There was a CD EP in 2005 called Porous and a 2009 single Tourniquet and that appears to be that.

Their Bandcamp page is slightly more expansive describing them as a country wired Echo and the Bunnymen and quotes Uncut who describe them as outstanding, like the Birthday Party doing Johnny Cash. I can certainly see the Nick Cave comparison. Comparisons are also made on Amazon to Americana band 16 Horsepower.

They were from Oxford with the main man being Richard Neuburg and I'm afraid that's your lot.

Viarosa -Where The Killers Run