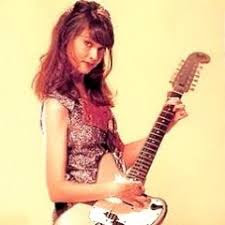 As today is the 1st of March I thought I would have a quick look through the hard drive to see what songs I have with March in the title.

I was amazed to find 10 songs by American indie singer April March. I must have downloaded an album by her but have absolutely no recollection of having done so or having listened to any of her songs.

I've now given them a listen and while they are nothing startling they are perfectly pleasant quirky pop songs sung in both English and French. Much better than Janet Jackson

April March is not her real name, that would be Elinor Blake. I know a woman at work called April who uses her maiden name probably because her married name is April May