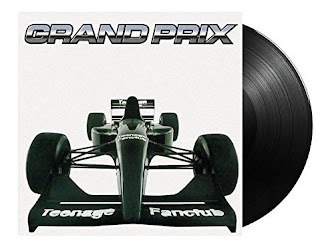 At Christmas I thought that I would upgrade my two favourite Teeanage Fanclub albums from CD to vinyl. This decision was helped in no small part as there was a sale on for the Super Deluxe reissues which originally came out in August 2018. As a bonus each album in the series came with a single. There were 5 albums availablre but I could only stretch to two.

Grand Prix is probably my second favourite album by the band and songs from it and previous CD singles have featured here before. Today it is the turn of the single which came with the album.

Every Step is a Way Through is a B side from the  CD single  Neil Jung and this is its first appearance on vinyl.

Some People Try to Fuck With You is a B side from the CD single  Mellow Doubt which I picked up in a charity shop in September last year when such things were an option.

Teenage Fanclub - Every Step is a Way Through

Teenage Fanclub - Some People Try To Fuck With You