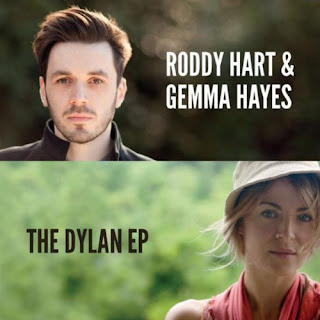 A few years ago on Noisetrade I picked up a copy of The Dylan EP  by Roddy Hart & Gemma Hayes ( or by Roddy Hart & the Lonesome Fire with Gemma Hayes as it says on the back cover ) which was released on Vertical Records in 2011 and I have previously posted two of the four tracks Most of the Time and It's All Over Now, Baby Blue on these pages

When  I spied a copy in Fort William ,still sealed , it seemed foolish not to upgrade