How I Learned to Love the Bootboys 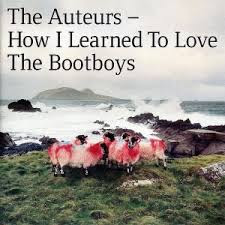 The lack of space problem is now at a critical level particularly with respect to the Indie/Pop shelves.
Drastic measures are  therefore clearly called for.
As an initial measure I am revisiting a number of burns that I haven't listened to in a number of years with a view to either binning or transfering to slimline CD cases thus saving a modicum of space.
The first album up for scrutiny is How I Learned to Love the Bootboys by The Auteurs from 1999.
If I have listened to it this century I would be surprised.
Listening to it afresh it's not doing much for me I'm afraid.
Talented though he undoubtedly  is Luke Haines always comes across to me as somewhat smug both as a person and in his writing. I don't think I would last a night out without decking him. 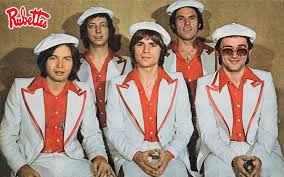 An anecdote about The Rubettes.
Many years ago a pal was working as a manager in a bingo hall in Glasgow's East End. One of his staff asked what kind of music he liked. "The Ramones" was his reply which lead to "Oh, those guys in the white suits and caps?" as the response.


The verdict on HILTLTB? - it's getting binned. Sorry Rol

The Auteurs - Future Generation
Posted by Charity Chic at 08:00