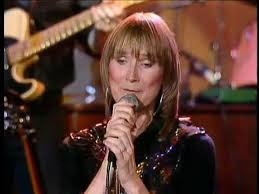 Finally the last of my holiday haul which is just as well as I am  now off again for a couple of days so will hopefully come back with some more booty.
Gail Davies Greatest Hits (minus front cover) was purchased in the Wigton Community Shop.

I was vaguely familiar with the name and thought I may I have seen her in Glasgow's State Bar a number of years ago.A check of the Ticket Tin tells me that it was in fact the Tron Theatre Bar on the 1st of August 2002.
The name on the tick is Gail Davis (no e) but I'm assuming it is the same person.
The music is a bit to mainstream country for my tastes. I was minded to return it but Mrs  CC quite likes it so it will remain  on the shelves meantime

Gail Davies - Bucket to the South
Posted by Charity Chic at 08:00