The Gospel According to the Reverend 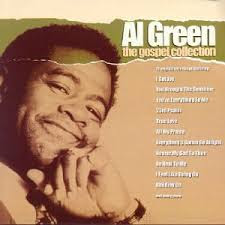 For a long while it looked as though The Gospel Collection from Al Green was going to be the only St Andrews purchase. That all changed as will be revealed tomorrow.

I'm pretty sure that most of you know the story of how Al Green moved from recording secular music to gospel music for the duration of the 80s.
In 1974 his then girlfriend Mary Woodhouse Wilson poured a pot of burning grits over him before shooting herself. This led to him re-evaluating his life and being ordained as a pastor of the Full Gospel Tabernacle in Memphis in 1976.
In 1979, Green injured himself falling off the stage while performing in Cincinnati and took this as a message from God. He then concentrated his energies towards pastoring his church and gospel singing
Things didn't quite go according to plan and he admitted to spousal abuse in 1982 something he allegedly had a history of..

Nevertheless he could still belt out a sweet Gospel tune. Just a pity that religion  has been responsible for so much division and atrocity over the years.

Al Green - You're Everything to Me
Posted by Charity Chic at 08:00