State of the Union - Maine 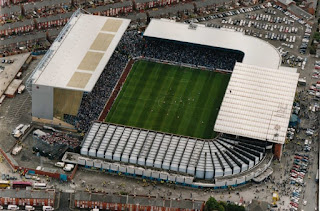 George write:
It is with some dread that I embark on this state. Of course, I know next to nothing about it,  apart from roughly where it is (the north east), and I am hoping it turns out to be less tedious than Iowa and that some interesting people and musicians come from Maine.

Did you know that there is a connection between Manchester City Football Club and the state of Maine? Well, their former stadium was called Maine Road. And that actual road used to be called Dog Kennel Lane but was renamed Maine Road  during the 1870s thanks to the Temperance movement which owned land on Dog Kennel Lane. This name change seems to be a tribute to the state of Maine, that passed a prohibition (of alcohol) law (in the 1850s.)

Being the north-easternmost state of the USA I would not expect too many country songs about it BUT there is a great little track called Kennebunkport, last track on the album Somewhere South Of The Clef. If you like the sound of the pedal steel guitar you are in for a treat.

And I bet you did not know that Maine was the closest of all the 50 states to Africa ! Or that a topless protest in Portland (Maine) attracted several hundred more onlookers than active participants (24). Police did not arrest the protesters because nudity is only illegal if genitals are visible. 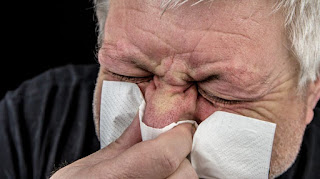 It is illegal to blow your nose in public in Waterford, so hayfever sufferers presumably just wipe their noses on their sleeves, or hawk it up and spit it out…….

It’s a bit of a struggle, unsurprisingly, to find any more songs, apart from a terrible song called Portland, Maine, by Tim McGraw, which is just another anodyne 1990s-sounding so-called country song………...but wait! Here’s another song called Portland; Maine by Donovan Woods…….oh damn it’s the same crappy song as before. So it was off to Bandcamp….and man alive I was struggling until I found  this acoustic-prog. track, about Bar Harbor.

…..As for the album...Christian claims it took him eight months to make this…..he must have been off his face most of the time if this is all he came up with…..because it is pretty poor stuff, apart from the track above, which is worth a listen. Don’t bother with the album. There are a surprising number of songs about Bar harbour, including a ukelele track. All are rubbish, excepting the one here.

And what can we say about Androscoggin County? Well, it gives us not one but TWO songs called Androscoggin, and an album called Androscoggin River Monster. And what about Aroostook? It yields three tracks! Bandcamp, isn’t it fabulous? (unlike the three songs just mentioned). And I discovered a group called the Tofu Bibles. Who are from France. 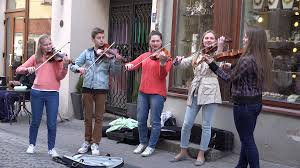 (I hope they were not in Augusta, Maine)

And we should try and get Nigel Kennedy to take a stroll down the streets of Augusta whilst playing his violin…...for which he can be arrested…..

Almost finally, a special mention to Summer McKane, who has an album called Speedway Maine Soundtrack. It has THIRTY tracks, most of which are between 2 and 3 minutes long, all guitar instrumentals, and it is very enjoyable. I bought it

Maine, loads of interesting things, virtually no decent music named after its towns, , but one belting album about its speedway tracks.


CC adds
I'm stumped this week. All I can add is that I've been to Maine Road and also that
I have seen old Israel's arid plain.It's magnificent, but so's Maine.
I know it won't count but it is simply too good a song not to feature