Under the Western Freeway 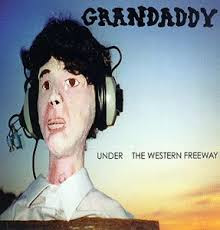 On my way back from Some Great Reward record cafe in Glasgow's Victoria Road on Saturday (where I  got the excellent Better Oblivion Community Center album which will feature in due course) I popped in to my local charity shop.
They had a Matthew Sweet CD on the shelves! Unfortunately it was 100% Fun one of the two of his I already have.
Undettered I pressed on and came away with Under the Western Freeway the 1997 debut album by Grandaddy. I'm only guessing but I suspect it may well have been the same person who handed both in.
It's the third of their albums that I have managed to pick up in charity shops the other two being album 2 The Sophtware Slump and album 3 Sumday.
There are some good tracks on it but it is not in the same league as it's successors.Having said that it could well be a grower.


If they keep selling them for 50p I'll keep buying them.