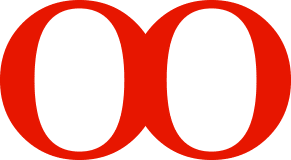 Well that was somewhat more difficult than last week.

Let's get the  ridiculous and untalented elephant out the room first..
Ozzy Osbourne has appeared on these pages before as a member of Black Sabbath performing Paranoid.
He will never appear in his own right.

The obvious one as anyone who read my last paragraph closely enough will realise was of course the brilliant Only Ones. The song below is from their Peel Sessions album specifically the session which was recorded on 05/04/78.

Thereafter I had to rely on a little help from my friends. I had managed to find a couple of songs from the band Oh-OK in the deepest recesses of my hard drive.Ramone666 then pitched in with this absolute cracker from them..Short but sweet. I shall be tracking down more by them.
They were a band from Athens, Georgia who were active from 1981-1984.. Lead singer Linda Hopper then went on to feature in the band Magnapop.

Then Ernie Goggins offered up a couple of suggestions one of which was Oliver Onions which as I'm sure you all know was a pseudonym for a couple of Italian brother Guido and Maurizio De Angelis. .Let's face it  I was never not going to feature a band called Oliver Onions. It's just a pity that it is  such a terrible song.

Next week it is PP which should be somewhat easier*. I've a couple in mind. Over to you.

The Only Ones - The Beast (Peel Sessions)