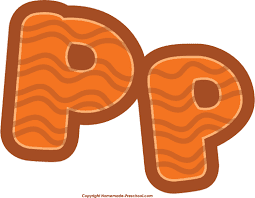 Despite my initial confidence PP proved to be a lot harder than I thought it would be.
Again I came up with two and then got stumped. Fortunately you lot stepped into help me.

My first thought was an artist who appeared as an OO last week namely Peter Perrett.
He was the second thought of  Walter with his first thought PP Arnold being my second. I fairly recently featured her version of The First Cut is the Deepest so thought I would go for something else albeit it is not in the same league.

Thereafter I was stuck and had a look at some of your suggestions.A little bit of reggae from Phil Pratt as suggested by Ramone 666 and quickly seconded by the Swede seemed in order.
Swede - I'll pass on your kind suggestion of investing £298 on Pat Powdrill And The Powerdrills  with They Are The Lonely'.

Finally I was somewhat intrigued by Dirk's suggestion:

I cannot come up with a QQ.
Some of you in the comments section have been smuggly boasting that you have something in mind.
Feel free to share what you have with me or else we are straight onto RR

Peter Perrett - How The West Was Won

P.P.Arnold - Angel of the Morning