State of the Union - Oklahoma 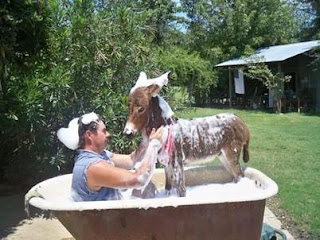 George writes:
In Oklahoma, it is against the law to have a sleeping donkey in your bathtub after 7 pm.

First, a country song, of course, dating from 1973, by Michael Franks,

Now, Michael Franks seems to be a smooth jazz musician, and this track comes from an allegedly smooth jazz vocal album. I have checked and rechecked the song and it is nothing of the sort, although the rest of the album may indeed be nonsense.

During the course of my pathetic “research” concerning Oklahoma, I did unearth that the official state meal is: fried okra, squash, cornbread, barbecue pork, biscuits, sausage and gravy, grits, corn, strawberries, chicken-fried steak, pecan pie, and black-eyed peas. Hopefully not all one the one plate. I had no idea what grits were, so went to the obvious place, where I discovered that there was a thing called“hominy grits”, that are grits made from hominy ie “corn that has been treated with an alkali in a process called nixtamalization with the pericarp removed”. If you understand any of that and can explain it readily to me……..don’t bother……..anyway I think  grits are a sort of porridge. Not that I have lived there for almost three decades, but I don’t think people form the land of my birth are in the habit of putting sausages and gravy on their porridge, never mind any kind of vegetables, and certainly not that foreign-sounding okra stuff! 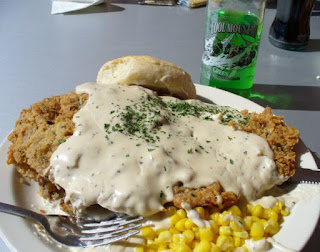 Above is meant to be the official food, although it resembles the kind of unappetising snapping you get in a vegan restaurant……..you know, brown lentils splattered with calf scour…..

I would really have liked to included a song by Lefty Frizzell’s younger not-so-famous brother, but his Oklahoma song is rubbish.

There are more than a plethora of songs about Tulsa.  Some good, one by Mark Lanegan in the same league as David Frizzell’s song referred to above. The last track on Neil Young’s first album is called The Last Trip to Tulsa. CC might include it on the Monday long slot, if 9 mins 25 seconds is long enough to merit it.


The horribly-named O’Kaysions covered the well known Tulsa song, and did so quite horribly. Mary Isobel Catherine Bernadette O'Brien also covered that song, but your not getting it here. But all pale into insignificance when compared to the travesty made by Claire Hamill, that’s 33 seconds of my life I’ll never get back. Although Ms Hamill features with many prog. acts she is no relation to Peter Hammill. 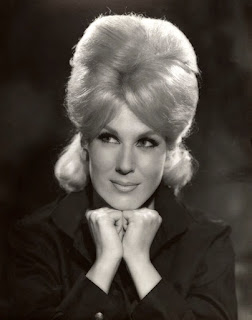 No songs about Tulsa, here anyway, but another about Oklahoma. A song by soul singer Ted Taylor (he of the absolutely fantastic Friendship Only Goes So Far) which has some  splendid and unexpectedly wild guitar.

Ted Taylor - I'm gonna send you back to Oklahoma

So no Western Swing songs, despite there being many many of them, and thus no songs by Donnell Clyde Cooley, or Spade Cooley as he was better known.

CC writes:
Is Ted Taylor the same right wing nutter who was the Conservative MP for Glasgow Cathcart for many years?
No Neil Young George as I know you much prefer Bruce Springsteen.
Here is a song off We Shall Overcome - The Seeger Sessions