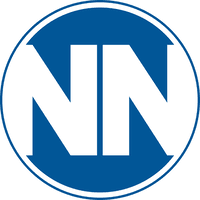 As suspected this week's post has proven to be somewhat more difficult than last weeks.
I was quite chuffed with the two acts that I had in mind and thought that maybe at least one would stump you all.
That thought was quickly shattered by 08.34!


The Swede was right in quicker than a Brexiteer with a World War reference with the one I first thought off Nina Nastasia. An American artist although her name sounds almost Transylvanian.
There is certainly a Gothic tinge to her work as this song from her 2003 album Road to Ruin demonstrates.It is not exactly laugh a minute stuff.


Fortunately our second act is. Nervous Norvus was referenced similtaneously by George and Ramone666 .His was a name I had in mind as I'm sure I had some stuff by him. If I have I couldn't find it . Fortutately Ramone was on hand to help me out.


Sorry Walter the I in Nine Inch Nails excludes them. Actually I'm not sorry at all.


Spence came in at the 11th hour with a suggestion for  The Nectarine No. 9. That's more like it!


Next week will probably be even trickier. I can only come up with one OO and I suspect that I will not by the only one to come up with it. Over to you.

The Nectarine No. 9 - Don't Worry Babe You're Not The Only One Awake
Posted by Charity Chic at 08:00