State of the Union - Georgia 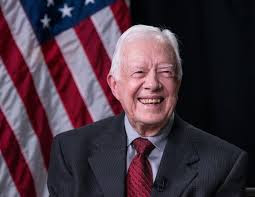 George writes:
Georgia is named after King George II of Great Britain, and is famous for its FOUR Ps: peaches, poultry, pecans and peanuts. Which reminds me of what I and Georgia-born ex-president Jimmy Carter had in common - we were both peanut farmers. So already Georgia is way more interesting than Iowa and I’ve barely started. There are many fine songs that could have been included, by artists familiar to you all, and as with so many southern states a million crappy 1980s&90s country songs by the likes of Alan Jackson, Trisha Yearwood, and Reba McEntire.

There used to be a practice, by baddies, of putting an ice-cream in their back pocket, thus enticing a horse to follow them and enabling them to steal the horse. Which explains why, in the state of Georgia, it is illegal to put an ice-cream in your back pocket. 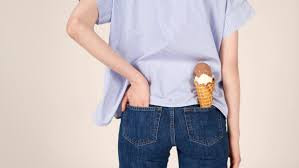 That is fantastic, 6 minutes 35 seconds of your life well spent listening to  track 1 of the Fat Possum compilation Mucho Mojo. If The Fall ever made a blues song it would have sounded something like that. A word of advice: do NOT type in Georgia Women into a search engine whilst at work.

In September of 1906, a race riot broke out in Atlanta after newspaper reports, never confirmed,  of black men assaulting white women. Thousands of white men gathered, killing dozens of blacks and causing extensive damage to many black-owned businesses. The Georgia state motto is: Wisdom, Justice and Moderation

Anyway,  I was overjoyed, well quite pleased, to see that on Feats Don’t Fail Me Now is a song called Oh, Atlanta, and this is almost as good, in its own way, as the R L Burnside track.

The two obvious songs you are not getting, because (a) they are obvious, and (b) I don’t like them (I don’t think I like any of Ray Charles’ songs, not even when Michael Bolton covers them). 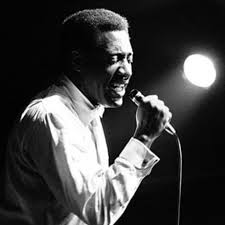 There are some things we should all thank Georgia for, not just Coca-Cola for those mornings when your tongue is stuck to the roof of your mouth after a few artisanal beers the night before, but also that Dawson, Georgia, is the birthplace of Otis Redding, and Richard Wayne Penniman was born in Maçon. And just think how much (musical) happiness those two have given us. I would like to add the wonderfully named Washboard Willie to that list, but there’s a possibility he was not born in Columbus, Georgia but rather in Bullock County, Alabama.

CC writes:
I suspect that this might  well be the third most obvious

Charlie Daniels Band - The Devil Went Down to Georgia