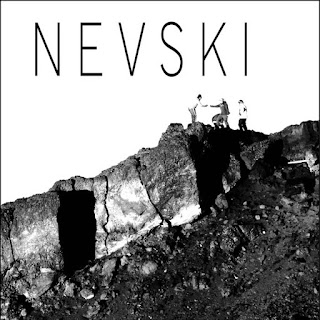 For the last month or so I have seen my daily viewing figures increase by about ten fold. The vast majority of these "new " viewers appear to come from France and they all appear to be coming from the same referring URL.
I suspect that something is afoot particularly when a few random posts seem to suddenly generate a large number of viewers for reasons that are beyond me. 5000 plus hits for Conway Twitty for example.

They seem to have disappeared as quickly as they came and although it made my figures look pretty impressive I can't say that I'm sorry. I'm happy to be back on an even keel with a rough idea as to who is lurking out there.
All of this is a pity for our French friends as they are now likely to miss a couple of songs from my favourite countrymen of theirs.
Sadly Nevski only appear to have released one EP from as far back as March 2015. It is however a cracker and you should pop over to Bandcamp and do the needful preferably before Brexit kick in.
Formidable.