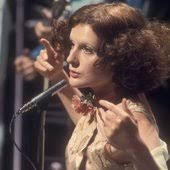 I stumbled across a CD entitled Guilty Pleasures Rise Again in the darkest recesses of the shelves the other day.
On the premise that there is in fact no such thing as a guilty pleasure I ran my eye over the tracks and a couple of songs jumped to my attention.
These involve artists and/or songs which have featured elsewhere around these parts recently.
I quite liked S-S-S-Single Bed by Fox on it's release in 1976 and still do now. Jamie at For Malcontents Only wrote a fascinating article on the band not so long ago

And hardly surprisingly Kim Carnes was the number one in Rol's top 10 Bette Davis Songs.
It is of course impossible to listen to this song without your mind wandering to Birkenhead's finest