A Load of Trish 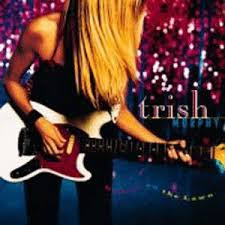 Rubies in the Lawn a 1999 album by Austin based singer/songwriter Trish Murphy was one of those random charity shop purchases.
Her take on These Boots Are Made For Walking featured in the early days of the blog.
Probably more rock than Americana  but certainly with country influences.
It is the middle one of the five albums she released between 1991 and 2005.
Featuring today as it was randomly plucked from the shelves over the weekend for the first listen in a while.
Nothing else to report.

Trish Murphy - Somewhere Else
Posted by Charity Chic at 08:00