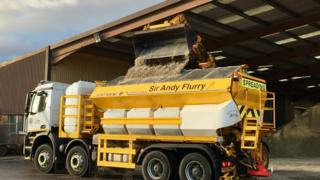 It's been pretty grim up here for the last few days with the weather taking a turn for the worse.
Plenty of the old white stuff about resulting in the roads grinding to a halt.
On Tuesday night it took me over 3 hours to travel the 18 miles from Wishaw to home.
So on Wednesday I resorted to public transport.
I got the train to Wishaw or at least that was  the plan. Wishaw is on the Lanark line which is Glasgow -Bellshill -Motherwell -  Wishaw - Carluke - Lanark with the occasional other stop inbetween.
I got on at Glasgow and things were going swimmingly until Motherwell when there was an announcement that because the train was running late there would be no further stops until Lanark.
So I had to get off and get a bus. I have contacted Scotrail looking for them to reimburse my £2.30 bus fare.
Maybe I should have stayed on til Lanark and noised up Drew!