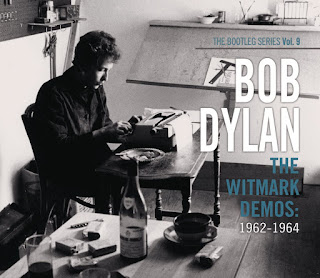 Two birds with the one stone ticked today. Some Monday Folk Songs plus one of my latest charity purchases. The CD was priced at £4 which I would have gladly paid but when it was added to the rest of the bundle I got it for a pound.

To give the album it's proper title it is The Bootleg Series Volume 9:The Witmark Demos 1962 -1964  featuring 47 songs many of which made it on to the early Bob Dylan albums. These are demos he made for his first two publishing  companies Leeds Music and M..Witmark & Sons.

I should say that I haven't had the chance to give this a proper listen yet and I haven't even got as far as the second disc.

The Death of Emmett Till never made it on to any of Dylan's albums (  too topical and uncomfortable for CBS?) but has appeared on a few bootlegs

Emmett Till was a 14 year old African American who was lynched in Mississippi in 1955 after having been accussed of offending a white woman. His death was one of the catalysts for the American Civil Rights movement

Bob Dylan - The Death of Emmett Till (The Witmark Demos)