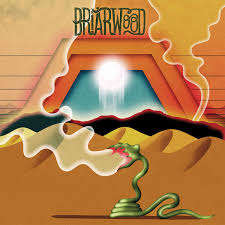 Wooden Wand, the psedonym  of one James Jackson Toth , first came to my attention via a Mojo compilation The New Thunder Review which I featured in May 2019

Like Corporation buses, nother for ages and then he quickly appeared again as a suggestion by our good pal Ramone666 for the WW chapter of my Double Initials series. Ramone then went one better by providing me with a copy of Briarwood an album from 2011 on Fire Records.

The Big Takeover site describes it as barroom country rock (that ticks my box right away). It goes further by describing my first selection Winter in Kentucky as like a lost Dylan/Tom Petty collaboration—which isn’t a bad thing!

My other choice Motel Stationary,M apparently sounds like the man’s been holed up with a dime bag and a copy of Harvest and On the Beach.

Descriptions which if I hadn't already had it would have had me tracking it down.