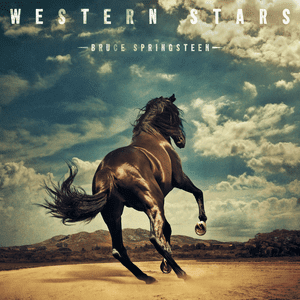 We are just back from a couple of nights in Granton - on- Spey in the Cairngorms. A delayed and re-arranged Christmas present and taking advantage of things gradually opening up. And yes there were purchases.

However, the galavanting meant that I have not had the time to listen to and write up posts for the remainder of the rest of my recent Glasgow hauls..

Still that gives me an opportunity to feature some of the roadtrip music .One artist and one album which are made for a roadtrip is Western Stars from 2019 the 19th studio album by Bruce Springsteen  on the Columbia label.

Released a few months short of his 70th birthday it is a return to form and possibly his best from the 21st century. Critically well received with Wiki describing it as  elegiac and evocative of the American West.I'm not that sure what elegiac means but I'm assuming it is positive.