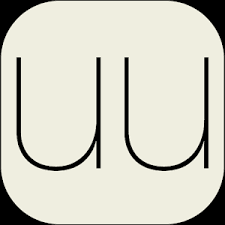 The hardest one yet but you have risen to the challenge
The tag team that is Ernie Goggins and Swiss Adam  came up with two tremendous disco classics from Indian artist Usha Uthup.
I now definitely want to go disco dancing in Mumbai

Not to be outdone George came up with U_U with Separate Rooms thus becoming perhaps one of the 169 folk to have viewed their You Tube video. Not too sure of the music but I enjoyed the animation.

Ernie Goggins is not the Original Surfer of the Zeitgeist for nothing and he returns with another suggestion namely Santa Barbara band Uncle Uncle. I wonder whether our good friend, and Santa Barbara resident, Jonny the Friendly lawyer is familiar with them

Fortunately you are all too sensible to suggest U2 (U twice) or perhaps you just realised that you would get short shrift if you did.
An easier one next week but still quite tricky with VV.  I've got one in mind but as always suggestions are welcomed.

Usha Uthup - I Will Survive