State of the Union - Florida 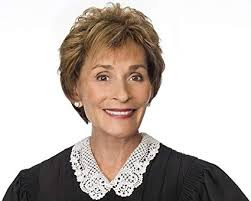 Florida, home of Mrs Shouty (Judge “beauty fades, dumb is forever” Judy). Well, one of her houses is there. For some reason I am expecting there to be many many fine songs to choose from, unlike those rubbishy states like Maine and Montana. Speaking of rubbishy things, “she comes from Tallahassee, she’s got a high flyin’ chassis” will not be featured here. Neither will Clapton’s “Mainline Florida”.. And there is a song by Whiskeytown that cannot feature because the place it references is not in this state.

Things I associate with Florida: oranges, a huge retirement community, the everglades & alligators, hysterical Cubans, CSI Miami, dubious electoral outcomes  (Bush, 2000) There are probably many more delights, but that what’s springs to mind.

First song, an old old blues track by Blind Blake, who might have been born in Jacksonville (Florida) or Newport News (Virginia) (but a la Schrodinger, not both). 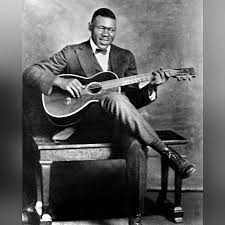 (Above is Blind Blake, not my grandad)

In Tampa Bay it is illegal to eat cottage cheese after 6pm on sunday. And as I was typing that I wondered what cottage cheese was. I do remember that in the late 1970s in Dundee you could buy small plastic tubs of what was called cottage cheese, small white lumpy stuff in a white creamy sauce. I used to quite like it.

The first song was the blues, and the second is a sort of rock/blues song, by Joan Osborne from her first album Relish. That’s the album with that rather annoying “one of us” track on it, but the rest of the album is quite good, shades of Lucinda Williams (to these ears).

Pensacola is the largest city on the Florida panhandle. Of course I knew not what was meant by a panhandle. But I do now. And so will you if you read this next bit (unless you already knew): it is a narrow strip of land connected (in this case) to a state only one side, like the handle of a frying pan. Look! 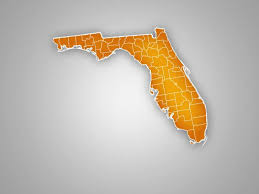 (it’s that bit stuck on the left)

See what you’re getting, a good education here and good music. Like my lessons.

And an alert for tree-huggers out there, do not go wrapping your arms around the manchineel tree, it carries loads of toxins and the sap will give you blisters.

But we should all be ranking Florida as one of our top five favourite states, certainly musically, as Gram Parsons was born there.

CC writes:
From Loose :New Sounds of the New West Vol 3 here are The Shallows with a song about the State capital

The Shallows - Keeping Tallahassee Green
Posted by Charity Chic at 08:00