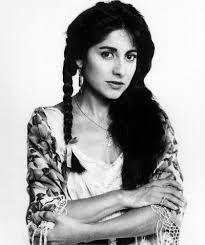 I've been listening to a sampler CD from Watermelon Records in Austin this week for reasons which will become clearer tomorrow.
It is imaginatively called The Watermelon Sampler Volume 1.
There is some good stuff on it namely Americana but also a couple of Tex Mex and conjunto numbers for good measures.
Tish Hinojosa from San Antoine sings in both Spanish and English often both on the same record as is the case on Manos, Hueses y Sangre which for non-Spanish speakers like myself translates as Hands, Bones and Blood (it sounds much nicer in Spanish.).From her Aquella Noche album released in 1991 which translates as That Night apparently.

Santiago Jiménez Jr, not surprisingly is the son or Santiago"Flaco" Jiménez Sr a pioneer of conjunto accordion music, and the younger brother of the greatest of them all Flaco Jiménez. Here he plays and sings Marina, Marina a song you may well recognise given that it has been covered by many an artist.