The Sun and the Stars Pass in Time 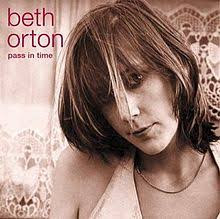 A pleasant little mini- haul at my local charity shop over the weekend.
Four CDs (five if you count Ben Folds Five but that is going back) and a CD single.

The more astute among you will have worked out that Pass in Time: by Beth Orton is one of them.
From 2003 it is  subtitled The Definitive Collection and is a two disc set of her stuff on the Heavenly label up to that date the second disc being a bonus disc of collaborations with other artists, remixes and b-sides.
It is rather good.

One from each disc for you today
On disc 1 and taken from the Trailer Park album is her take on The Ronettes number I Wish I Never Saw the Sunshine
The side 2 offering is Stars All Seem to Weep the b-side from the 1999 Stolen Car single which was produced by Ben Watt.

Beth Orton -I Wish I Never Saw The Sunshine

Beth Orton - Stars All Seem to Weep
Posted by Charity Chic at 08:00