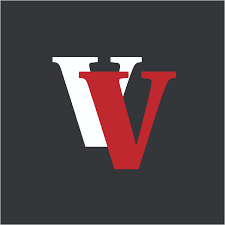 Confession time - I was up early last Saturday morning editing the UU post as I had mistakenly mentioned that it was WW as opposed to VV this week. This far in you would think I should know my alphabet by now.

Anyhow it IS  VV today and we have the usual eclectic mix again for you this week.
We start with the one that I had come up with quickly endorsed by Rol namely Vincent Vincent & the Villains with a song from their only album 2008's Gospel Bombs.To me they come across as a cross between Razorlight, Franz Ferdinand and a 50's Rock'n'Roll band.

If I said that the next song was by a Ukranian rock band I'm sure that most of you would quickly guess that it was offered up by a certain Mr Ernie Goggins. Here is the skinny  on the mighty Vopli Vidopliassova.

As is his want Ramone666  again very kindly provided some excellent suggestions. I've gone for Vickie & the Van Dykes who I'm guessing were a 60's Girl group. All I can find out is that they appeared on a compilation called Basement Beehive : The Girl Group Underground which sounds pretty interesting and worth exploring further.

Finally in the comments section C stated I'd like to offer V V Brown, who I remember seeing on Later With Jools Holland quite a few years ago, she had a very interesting fringe and a dog tooth check top.
You will be pleased to know C that  I have managed to track down that very performamce. Impressive powers of recollection there.

Next week is definitely WW!. Plenty to choose from. Let's be having you.