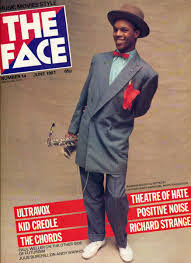 These posts are coming round far to frequently at the moment.
Today we say a sad farewell to Roger Charlery better known to many as Ranking Roger from The Beat and General Public.
He was only 56 for goodness sake - a couple of years younger than me.
One of the artists responsible for the Ska and Two Tone revolution in the late 70's/ early 80's  which helped to change the face of society as well as music.
I was fortunate enough to see them in Tiffany's in Glasgow around 1980.

The Beat - Too Nice To Talk To

The Beat - Save it For Later
Posted by Charity Chic at 08:00