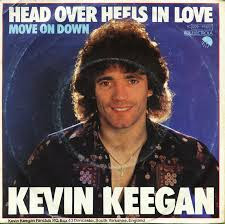 Apologies if I have put you off your breakfast.
This was the first song which was suggested by George (he is a massive fan) but rest assured it is not going to feature.
The two I had initially in mind were the second and third artists mentioned by Lynchie and Walter respectively.
Ernie  then mentioned Kieran Kane and the name struck a bell. I found a track by him on a pretty poor compilation HMV's Alternative Country Collection.
That was going to be all for this week until I was "persuaded" by Ramone666 to feature Kevin Kinney with MacDougal Blues.
Less to choose from than JJ but we got there.
LL next. I have three in mind which I  also suspect many of you will come up with (or at least two of them). Over to you.

Kris Kristofferson - To Beat The Devil

Kieran Kane - Cool Me Down