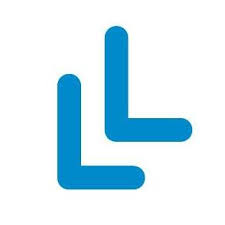 There are a lot more great artists out there with the initials LL than I first thought and I have had to miss out some who on other weeks would undoubtedly have featured.

Walter  was quick off the mark with Lena Lovich  and was seconded by Rigid Digit. I suspect that they were both after Lucky Numbers but I couldn't find a copy of that on the shelves or in my files so they and you will have to make do with Say When.

Ramone 666 and Rol both suggested Lazy Lester. Relax gents, he was always going to feature.

Rol does get one of his suggestions featured though as he rightly guessed that no-one was familiar with The Landspeed Loungers but had the good sense to forward me the track.

I'm finishing with one that none of you suggested  -the wonderful Lydia Loveless.

So no Lyle Lovett, Loretta Lynn, Los Lobos or even Leapy Lea. Some other time maybe.

Next week it is MM .I can think of some good'uns . Can you?

Lazy Lester -I'm a Lover, Not a Fighter

Lydia Loveless -Jesus Was a Wino
Posted by Charity Chic at 08:00