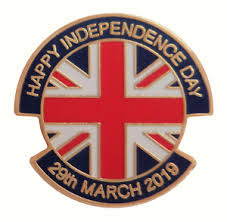 Well that didn't quite go to plan, did it?

What an absolute debacle . A Government tearing themselves apart and an Opposition who are worse than useless.
Ten neanderthal Northern Irish knuckle draggers with more say and influence than the Scottish Parliament and the Welsh Assembly holding out for more cash.
Old Etonians with their off shore tax dodging accounts playing parlour games while the country drags to a halt, the shelves being stripped bare and the economy nose diving..

There is another vote scheduled for today to vote to withdraw from the EU with absolutely no plan on how to do so or what any future relationship or trade arrangements will be
You couldn't make it up.
Still at least we will get our Blue passports back and will be rid of such irritants as workers rights and free movement.

And yet Europe still appears to be bending over backwards to accommodate us. God knows why.
It is a total embarrassment..
They couldn't run a menage.

Me, I would rather have a Safe European Home than a Full English Brexit thank you very much