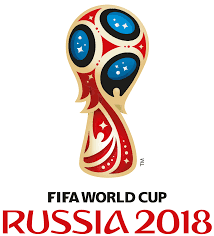 I believe that the World Cup kicks off in Russia today. It's amazing what money can buy.

I'm old enough to remember when Scotland actually qualified for the finals. Indeed I took in their 3 games at Italia 90 and the Scotland v Brazil opener in Paris in 1998.

Needless to say we are not one of the 32 teams featured this time round.
I organised the work sweep stake and drew Panama so you will forgive me if I support them against England.

I've not got that many songs about football and thankfully no World Cup songs so I 'm going to concentrate on the domestic game with songs about teams from another three countries who never made the finals - Hungary, Zimbabwe and the Czech Republic.

Half Man Half Biscuit - I Was a Teenage Armchair Honved Fan

Half Man Half Biscuit -All I Want for Christmas is a Dukla Prague Away Kit
Posted by Charity Chic at 08:00