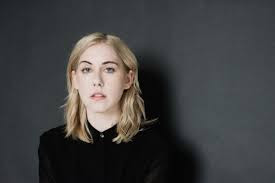 I'm following up on my theme from last Saturday by pondering about artists and albums I would probably invest in if money was no object.
Again I am revisiting and reassessing a previously featured compilation in this case Into the Mystic an Uncut CD from May 2015.

First time round I picked out Waxahatchee, This is the Kit and Torres as the pick of the bunch.
In this instance I actually put my money where my mouth  for two out the three subsequently purchasing Ivy Tripp by Waxahatchee and Bashed Out by This is the Kit.
This leaves Mackenzie Scott who records as Torres as the odd one out. New Skin is from her 2015 album Sprinter the second of three that she has released and it is also probably worth pursuing.

I have about half a dozen Calexico albums but most are burns. Indeed the only one I have actually purchased is Feast of Wire. They have slipped of my radar somewhat but on the strength of this song from 2015's Edge of the Sun they still continue to produce the goods

Calexico - Falling From the Sky
Posted by Charity Chic at 08:00